How to Build an eCommerce App [A Step-By-Step Guide] 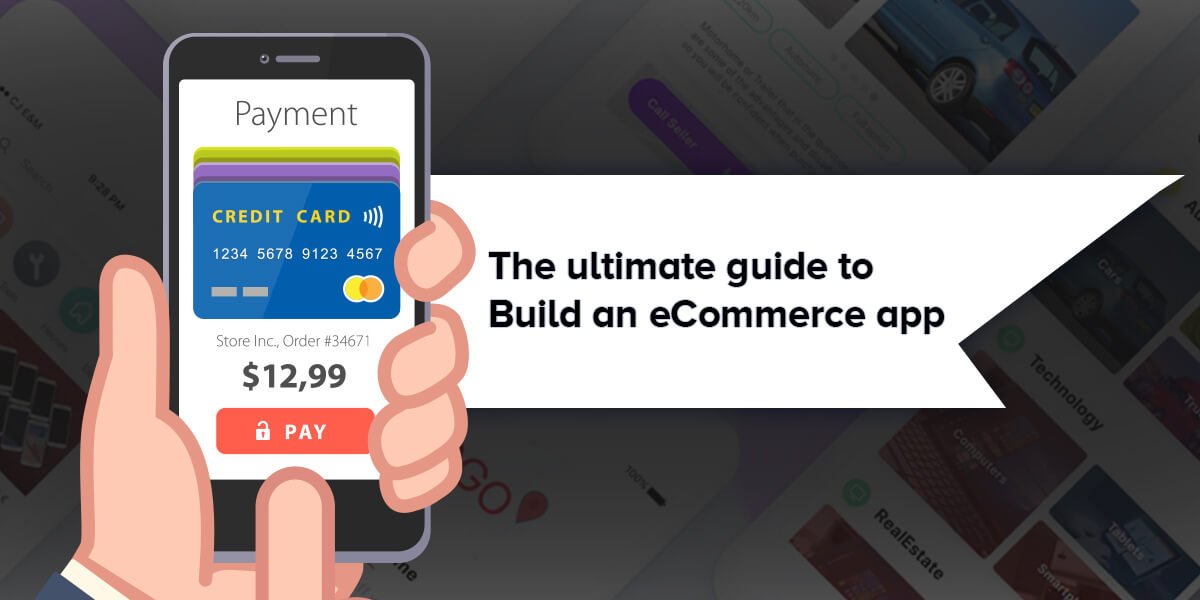 The eCommerce industry is rapidly growing with the launch of smartphones and other gadgets.

Moreover, people love to purchase many things online, such as food, clothing, accessories, and more. In short, an eCommerce app has become a go-to option for users worldwide to purchase things.

Now, let’s have a look at the recent eCommerce statistics:

The above statistics indicate that mobile apps are the future of the eCommerce industry. Besides this, there are major benefits of having an app, such as better sales, better customer engagement, etc.

Due to this, numerous startups, entrepreneurs, SMEs, and enterprises have joined the eCommerce bandwagon by developing an eCommerce app.

However, before moving ahead one common question that appears in your mind is how to build a successful eCommerce app.

In this blog, we will provide a complete guide to build an eCommerce app effectively and efficiently.

11 Easy Steps To Build An eCommerce Application From Scratch

Follow steps given below to build a successful eCommerce app easily.

You should be clear in your mind about why you are building an e-commerce app and what kind of benefits it would provide to your retail business.

Primarily, six types of eCommerce apps are popular in the market. Your idea might fall under these options. Check them below:

For this, you need to answer some essential questions:

By asking relevant questions & finding answers, you will get a complete overview of building an eCommerce app.

Here we have listed some unique e-commerce business ideas including the following:

The next thing you need to identify before developing an eCommerce app is who your target audience is. Here, you need to check whether there is a demand for your eCommerce idea.

Consider some of the upcoming app features and identify who can take advantage of your app. 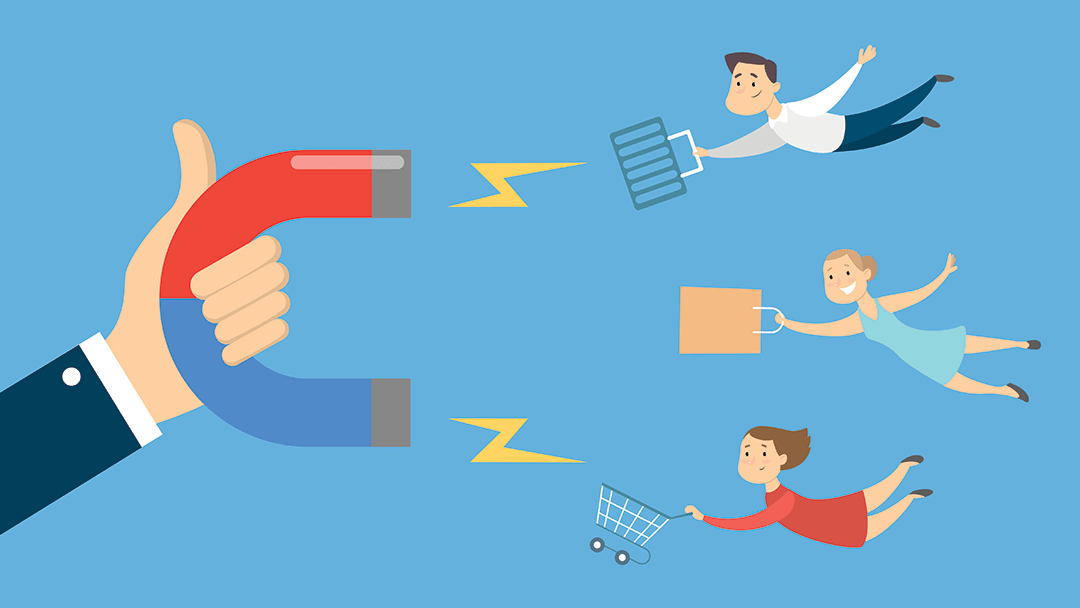 Moreover, it is said that the identification of the niche audience is the first step to making your eCommerce app successful in the market.

To identify the target audience, you have to create a user persona that includes age, gender, location, status, and interests.

There is huge competition in the eCommerce world. To analyze market competition, you need to look at your direct & indirect competitors in the market such as Google Play Store, Apple App Store, and magazines on mobile commerce.

You need to identify things about your competitors that WOW users, what tools they use, and the time they took to become successful in the eCommerce industry.

Based on your competitor analysis, you need to list out key features of the eCommerce app that helps you stay ahead of your competitors and reach your target audience efficiently.

If you are in a retail business, then it is essential to ensure that you have products for every age and income group. This will increase the crowd size for your business, which ultimately increases the ROI of your community.

Based on target audience needs and your business goals, you need to identify all the features of your eCommerce app.

Here, we will provide you with a list of the most crucial features that you shouldn’t miss while developing an eCommerce app.

In the eCommerce mobile app development process, one of the main things you must remember is how you monetize your app.

Here, we are giving you some examples that you can consider to recover the cost of an eCommerce app and improve the revenue flow to your business.

You can integrate some essential functionalities in your app that allows your customers to make purchases inside your app.

Many companies are using the freemium model in mobile apps for retail businesses to their great advantage.

In this kind of model, you offer the application for free to download and use but provide a few premium functions that users can only access only after paying a certain sum of money.

This model is also used widely by companies worldwide to increase their revenue stream. Here, you allow the user to use your app for free. However, you provide more benefits to users when they subscribe to your app. Many software companies use this process to monetize their apps.

For example, leading eCommerce giant Amazon allows users to access Amazon Prime, a subscription service free for a month. Then, it charges a specific amount of money monthly/ annually to provide the service.

After choosing the right eCommerce app features and the monetization model, designing an eCommerce app in the right way is essential to making your mark in the industry. 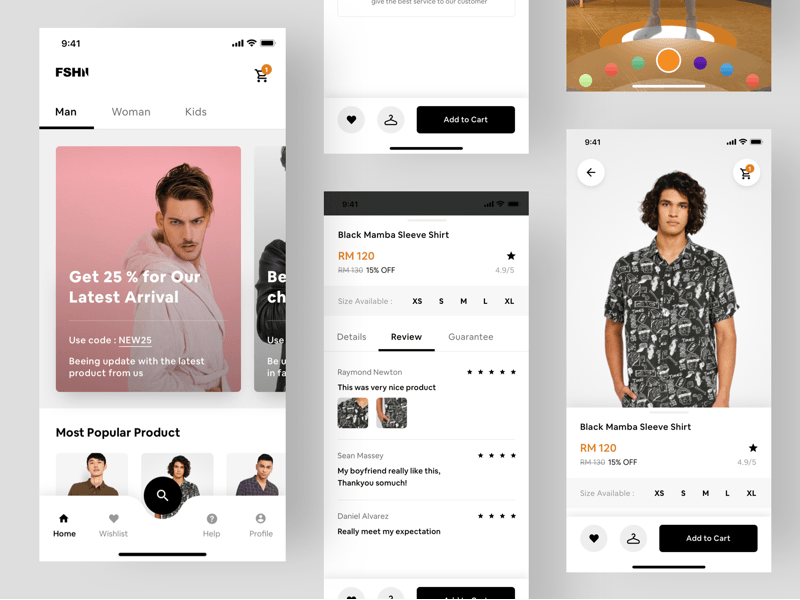 We have done thorough research and found some of the points you should follow and not follow for designing an eCommerce app.

Also, every small to big business is an option for Android & iOS. Hence, it’s suggested to go with any one of them.

To know in detail, you can refer to this short guide on the native vs hybrid app.

As you are entering into the eCommerce app market, it is quite tempting for you to build an eCommerce app for every single platform available in the market.

However, if you are a small firm, then it would not be economically viable for you.
Additionally, it has been observed that a focused approach in marketing yields the best results.

You need to figure out which mobile platform is used majorly by your targeted audience. Based on this analysis, you can build an eCommerce app on that platform that offers you a better ROI.

You can go with one platform (Android or iOS) if you are low on budget. Besides this, if you have decided to build an app on both platforms at a cost-effective price, you can go with cross-platform app development.

In this stage, you need to convert your eCommerce design into a full-fledged eCommerce app.

If you are entering into the eCommerce industry for the first time, then it is recommended you to build an MVP app.

An MVP app consists of the main features and allows you to test the app on real users & obtain feedback instantly. Based on users’ feedback, you can improve the MVP app and make it successful.

However, if you are familiar with the mobile app industry, you can proceed with eCommerce app development.

The cost of developing an app depends on many things like the platform, key features & functionalities, developer location, complexity, etc.

Testing your eCommerce app is crucial before putting it into the market. While testing an eCommerce app, you need to look after many essential aspects such as the user experience, responsiveness, navigation, data security, loading time, payment gateway, and secure transaction.

Here, you need to conduct functional, integration, user, and device testing to identify errors in the eCommerce app and correct them instantly. Here, it is suggested to conduct some rounds of testing to ensure that all the things work as needed.

After testing and making your eCommerce app bug-free, it’s time to launch your app on the relevant platform.

But, before you launch your eCommerce app, you need to go through the app store guidelines. Based on these guidelines, you need to keep ready all the things needed for submitting your app to the store.

When you possess essential things like screenshots, app description, short videos, etc., you can submit your app to the required store on time. Later, an app store approves your app within a period of two weeks.

Building an eCommerce app is only one part of increasing the business footprint of your company online.

You have to market it well so that it succeeds in attracting a number of people to download and use it on their smartphones. Here are some tips you can follow to boost app downloads.

Marketing of an eCommerce app can be done using different marketing strategies, some of which are mentioned below for your reference.

Make a landing page for your app that consists of the core information regarding your app like the name, features, call to action, and promotional videos to attract the users to download that app. You need to do digital marketing for this landing page to achieve results faster.

Rank your eCommerce app higher on the app stores. You can do this through App Store Optimization.

Try to create viral video content for your eCommerce app. Then you can share it on social media to reach out to the target audience who will use your app.

Lastly, you have now understood all the essential aspects required to build an eCommerce app.

Now, if you have a unique idea or want to convert your existing business into an eCommerce app, then you are on the right path. Here, don’t forget to provide a personalized experience to your audience and a smooth online shopping experience for users.

Lastly, to build an eCommerce app, you will require a team of professionals, consisting of a project manager, backend development, mobile app developer, Q/A tester, etc.

GuruTechnolabs provides eCommerce development services and possesses a highly qualified team of professionals. Our team understands your business thoroughly and provides the best eCommerce app solution at a cost-effective price. If you want to build an eCommerce app, contact us for free consultation.

Q1. How long does it take to build an eCommerce app?

It depends on the product requirements and the goals you wish to achieve through the app. Creating a minimum viable e-commerce app may take 2 to 3 months. Developing a fully functional and feature-rich app takes 5 to 6 months. This is not the end of the road; further, improvement is required.

Q2. How much does it cost to make an eCommerce app?

There is no fixed price to build an eCommerce mobile app as many factors are involved that go into the total cost of the app. However, if you are making a native Android eCommerce app, the cost would be between $21000 to $100000, including the design and development charges, the app store registration cost, and the annual App Store fees. The cost of creating a native IOS eCommerce mobile app could be $9000 to $90,000. To build a hybrid app, you must pay between $5,000 to $100,000 for its development cost alone.

Q3. How many types of eCommerce business models are there?

There are six different types of e-commerce business models:

Q4. Which type of development approach is the best for building an eCommerce app?

The systematic approach is the best way to build an eCommerce app. You must use Analytics to find out what type of Smartphone most of your customers use. For example, if most of your customers are using iPhones, you should build a native iOS app to engage with them more effectively. On the other hand, if they are using Android smartphones, it makes sense to create a native Android app to target them better. However, if you want to target both Android and IOS smartphone users, you should invest in a hybrid app that can efficiently run on both platforms without any issues. 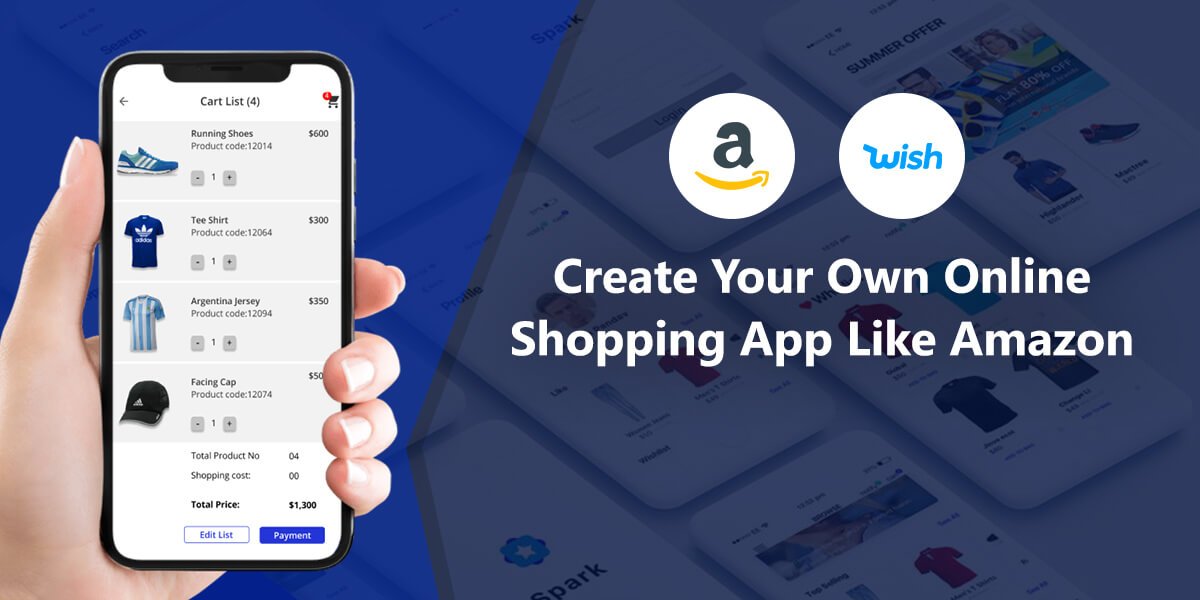 13 Mobile Commerce Trends To Consider In 2023 & Beyond How to Turn Shopify Store into Mobile App?
Contact Us
Get Your Free Consultation 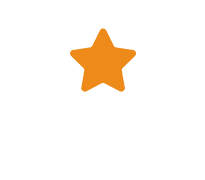